To share your memory on the wall of Theresa Stafford, sign in using one of the following options:

Theresa has lived in Garden City for many years. She was ... Read More
Theresa Stafford, 89, died Saturday, November 7, 2020 at Garden Valley Retirement Village in Garden City, Kansas. She was born December 6, 1930 in Pittsburgh, Pennsylvania.

Theresa has lived in Garden City for many years. She was a longtime waitress at the Luau Inn & Café. She enjoyed watching TV and collecting figurines.

Theresa is preceded in death by her parents and two daughters Linda Sharlene Vassar and Dorothy Eileen Perez.

A memorial service will be held at 10:30 a.m. on Friday, November 13, 2020 at Garnand Funeral Home in Garden City with Pastor Teri Sutherlin officiating. Burial will follow at Valley View Cemetery in Garden City. There will be no calling hours.
Read Less

Receive notifications about information and event scheduling for Theresa

You will receive any future notification messages.

Provide comfort for the family with a meaningful gesture of sympathy.

We encourage you to share your most beloved memories of Theresa here, so that the family and other loved ones can always see it. You can upload cherished photographs, or share your favorite stories, and can even comment on those shared by others. 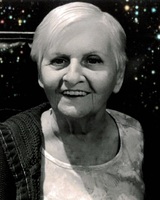 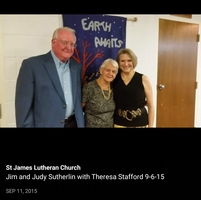