To share your memory on the wall of Larry Renner, sign in using one of the following options:

He married Shirley Lynn Winbourn on December 5, 1965 at Aztec, New Mexico. To this union 8 children were born, Sandy, infant twins Michael & Michelene, infant twins Joseph Lee & Joseph Dee, Ira, Stella and Molly. The family lived on their place north of Kit Carson, Colorado raising cattle and horses until 1980 when Larry took a job at the UU Bar Ranch in Cimarron, New Mexico. The family returned to Cheyenne Wells in 1981 where Larry tended cattle for various cattlemen and ranchers in Eastern Colorado and Western Kansas. In his later years he moved to Jiggs, Nevada to work on the Triangle L/Rother Ranch with his son Ira. He loved his years working there and loved the mountains of Nevada.

Funeral Service will be at 11:00 AM MST Friday at the Fairgrounds Community Building in Cheyenne Wells, Colorado with Pastor Jim Brown officiating. Interment will be in Jiggs, Nevada. Memorials are suggested to Working Ranch Cowboys Foundation in care of Boomhower Funeral Home. Condolences may be posted at www.garnandfuneralhomes.com

Receive notifications about information and event scheduling for Larry

You will receive any future notification messages.
No funeral details available.

We encourage you to share your most beloved memories of Larry here, so that the family and other loved ones can always see it. You can upload cherished photographs, or share your favorite stories, and can even comment on those shared by others.

Posted Oct 27, 2020 at 09:08am
Lots of fun memories branding with Larry and sharing good old stories. Learned a lot from a humble man
who always claimed he didn’t no much, but he was a genius. RIDE HIGH UP THERE IN THE BIG COUNTRY AND ENJOY
THE GOOD AIR you deserve it.
Comment Share
Share via:
MR

Posted Oct 25, 2020 at 08:40pm
It was an honor to know Larry and the world is lessened with him no longer being here.
Comment Share
Share via: 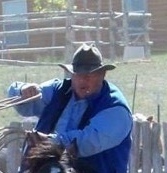 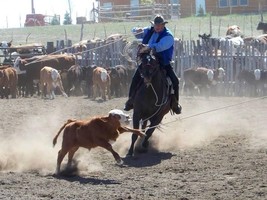